Valerie and her Week of Wonders: The Call of the Weird 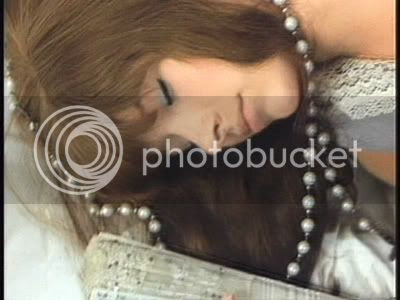 Before Valerie and her Week of Wonders, I thought I was pretty much desensitized to weirdness. I had watched works of cinematic surrealism from The Cabinet of Dr Calagari to Mulholland Drive. I also had a liking for all breeds of anime, ranging from the relatively coherent (Spirited Away, Millennium Actress) to the mystifying (The End of Evangelion). But now I’ve watched Valerie, all of the afore-mentioned seem like models of sanity.

Valerie is a mad, beautiful film. One of its most disconcerting features is lack of coherency. Although the heroine (the titular Valerie) is assaulted or endangered continuously, she remains absolutely calm throughout. She does not react or display clear emotions; instead she wafts through a variety of beautiful set pieces, gazing levelly at the world around her as if she’s wandering through an art gallery.

The story of Valerie is deliberately obscure, and aspects of it that seen fixed are repeatedly undermined. The film starts simply with the theft of Valerie’s pearl earrings by a young man called Orlik (which translates as ‘Eagle’), but quickly descends into chaos. Immediately after her first menstruation, Valerie enters a world of Gothic-inspired horror where sexually licentious priests lecture virgins on morality and chalk faced vampires openly search the streets for prey.

Valerie was directed by Jaromil Jires, and was released in Czechoslovakia in 1970, when the country was still under Communist control. The film displays a deep distrust of authority figures, condemning the hypocrisy of the priesthood and emphasising the rampant sexuality barely hidden by the staid, corpse-like appearance of Valerie’s grandmother. 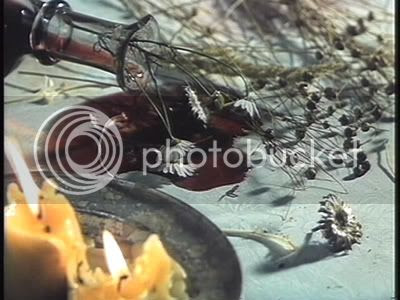 Jires’ film is steeped in symbolism, and for the most part Valerie is more memorable when considered as a series of striking images rather than a narrative. The cinematography is stunning, featuring bold, vibrant colours and hazy photography that generates a dream-like ambience.

This impression of unreality is also reinforced by the film’s strange use of characterization. The actress who plays Valerie’s grandmother plays two other roles; her younger, vampiric self and Valerie’s long-lost mother. Orlik - her protector and potential lover - is indicated to be her secret half brother, although this suggestion has no bearing on the rest of the film. A deep sense of uncertainty undercuts Valerie, and the film effectively embodies the disorder of the young girl’s mind. 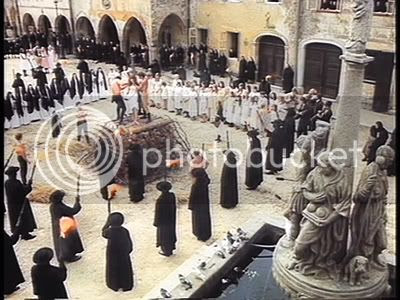 Although Valerie is a beautiful and thoughtfully constructed film, the absence of narrative stability unsettled me. It is certainly a memorable piece of filmmaking, but I have yet to decide if it was memorable in a good way.

I probably need more exposure to the ‘weird’ before I try and tackle it again. Maybe a dose of Svankmajer is called for? 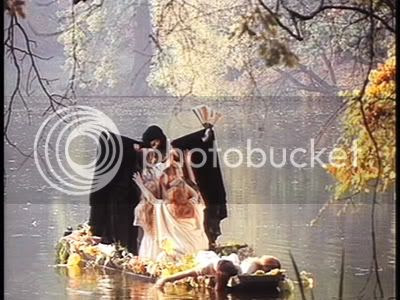 1. Melville, David. The Eccentric Carnival: Valerie and Her Week of Wonders. Senses of Cinema.31 March 2010.
Posted by Rachael at 09:31