The blog is dead. Long live the blog!

Barbie and Ken gettin' groovy in Toy Story 3
This blog has been dead since May 20th for several reasons, all related to my pursuit of higher education. I am now a graduate, and in between sifting through papers for jobs I intend to do what I enjoy most of all: watch and write about films.

To re-start this whole shebang, I will do a quick run-down of all the new films I have watched this year. 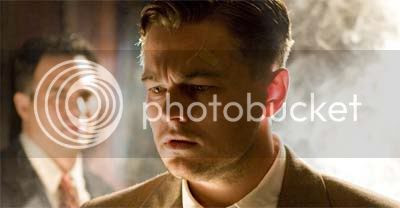 Top points for direction, cinematography and editing, for the most part this is a highly absorbing film that effectively draws you into the claustrophobic, fog-obscured world of the eponymous Shutter Island. I felt it was let down slightly by its ending, which wrapped every plot end up to the point where there are no mysteries left to consider.

While this film boasts incredible effects and an interesting, well thought out plot, but it failed to involve me emotionally. I admire Inception for its technical achievements and its engagement with a series of interesting philosophical concepts, but to be entirely honest must admit I didn’t particular enjoy it.

In a sense this film is the antithesis of Inception, in that it is built almost entirely on emotions (those of the audience as much as the characters in the film). I still find it strange that CGI renderings of plastic toys manage to pull more vigorously on the audience’s heartstrings than many a human actor can. This was the perfect ending to the Toy Story films, depicting the decisions that face every young adult with great humour and honesty.

Ewan McGregor makes a great protagonist here, and is wholly engaging and sympathetic as the titular ghost-writer who becomes embroiled in the shadowy life of Britain’s ex prime minister. This is a taut thriller, and every single one of its twists took me by surprise. Recommended.

The Disappearance of Alice Creed (2010) 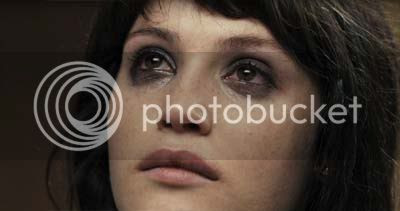 Alice Creed can be summed up by a single word: brutal. The first half hour is unrelenting, depicting the preparing and execution of a kidnap with cold, clinical precision. Every detail, from the stapling of foam insulation to walls to the systematic removal of the victim’s clothes is carefully documented. This thriller, much like The Ghost, is packed with twists. While some of these turns in the narrative strain the film’s credibility to breaking point, it remains gripping throughout. A stylish, grotesquely compelling debut from J. Blakeson.

This is a competent popcorn movie that kids and fans of the best-selling series of books by Rick Riordan will enjoy. Unfortunately I don’t fit into either category, and found Percy Jackson a somewhat tedious, formulaic fantasy film that is predictable in every sense. 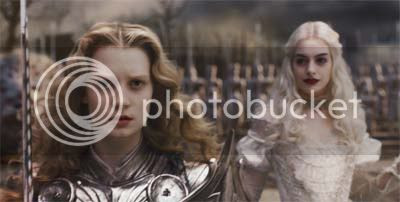 This is a highly disappointing adaptation of Lewis Carroll’s beloved children’s book, which managed to jettison most of the attributes that made Alice’s Adventures in Wonderland so unique. Carroll’s anarchic, nonsensical world has been disposed of, suppressed to allow for a plot reliant on prophecies and polarities of good and evil. The end result here bears so little similarity to Carroll’s Alice, I was left with the unpleasant impression that Burton’s film was merely leeching of the success of the original books. The curious, adventurous heroine of the original story is all grown up here, and is blandly written and acted. Most of the other performances here are similarly stale, and the characters were for the most part overwhelmed by the spectacular, imaginatively designed scenery. The only bright spot is Helena Bonham Carter, who turns in a hysterical performance as the volatile Red Queen. If you’re looking for films that capture the mood of Carroll’s work, seek out Dreamchild (1985) or Jonathan Miller’s Alice in Wonderland (1966).

As you can tell from the length of the above, Alice in Wonderland really gets me going.

This is a really fun popcorn flick, which happens to be invested with the liveliness and energy Percy Jackson sorely lacked. Although the plot is predictable and the characters storybook clichés, the writing here ensures that the film never loses pace. It is recommended that you don’t watch this soon after watching Alice Creed, because your impressions of Gemma Arterton in that film will be hard to shake while you watch her performance here.
Posted by Rachael at 10:47 No comments: