Here are the up-and-coming films I’m excited about. This is obviously several months too late, by they do say better late than never, right?

What are you looking forward to? 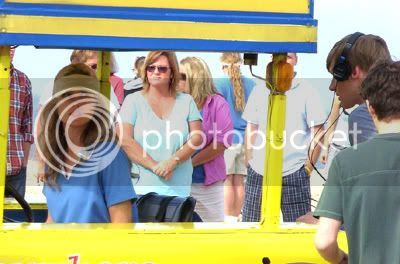 Synopsis: Virginia is a charming, vibrant, and completely psychologically disturbed mother of Emmett, the sweetest illegitimate 16-year-old boy a mom could ask for. She has been entangled in a secret 20-year love affair with Richard Tipton, a highly visible, local Mormon Sheriff running for a seat on the state senate. Both Virginia and Tipton have their own pasts to protect, a situation that quickly escalates when Emmett becomes focused on a romantic relationship with Tipton's daughter, Jessie.

What’s going to make it good? This is Dustin Lance Black’s (writer of Milk) first foray into feature film directing, which features Jennifer Connelly as the mentally unbalanced Virginia of the title and Ed Harris as the mormon police-chief-turned-politician with whom she’s been having a twenty year long affair.

If nothing else, it will be fun to see Connelly play a blonde. After all, they have more fun, right? 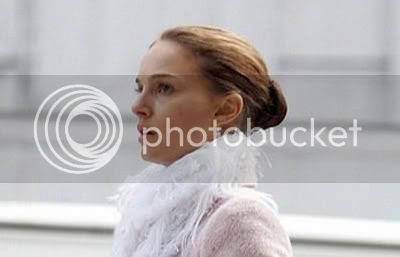 Synopsis: Black Swan tells the story of a veteran ballerina (Portman) who finds herself locked in a competitive situation with a rival dancer, with the stakes and twists increasing as the dancers approach a big performance. But it’s unclear whether the rival is a supernatural apparition or if the protagonist is simply having delusions.

I’m excited for this by default, namely due to my blind love of The Fountain and The Red Shoes (the best ballet flick of them all). 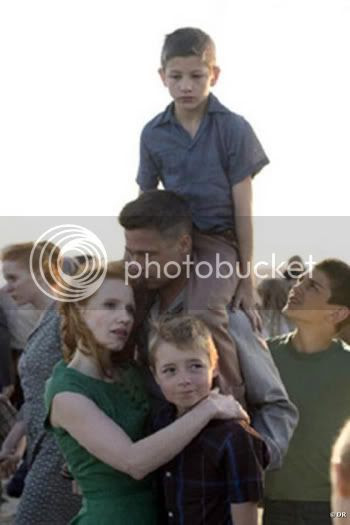 Due: November 2010, possible premiere at Cannes.

Synopsis: Tree of Life is a period piece centered around three boys in the 1950s. The eldest son of two characters (Brad Pitt and Jessica Chastain) witnesses the loss of innocence.

We trace the evolution of an eleven-year-old boy in the Midwest, Jack, one of three brothers. At first all seems marvelous to the child. He sees as his mother does, with the eyes of his soul. She represents the way of love and mercy, where the father tries to teach his son the world's way, of putting oneself first. Each parent contends for his allegiance, and Jack must reconcile their claims. The picture darkens as he has his first glimpses of sickness, suffering and death. The world, once a thing of glory, becomes a labyrinth.

What’s going to make it good? Although Days of Heaven (1978) failed to engage my interest, I did appreciate its beauty. This is Malick’s first new release in five years, and tells the story of three boys growing up the fifties. Should be a treat for anyone who likes their films slow, contemplative and beautiful. 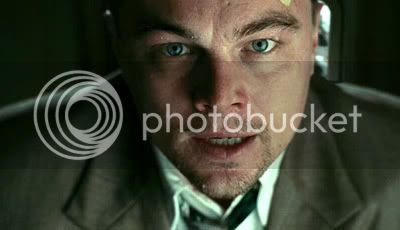 Synopsis: From Oscar-winning director Martin Scorsese, Shutter Island is the story of two U.S. marshals, Teddy Daniels (Leonardo DiCaprio) and Chuck Aule (Mark Ruffalo), who are summoned to a remote and barren island off the coast of Massachusetts to investigate the mysterious disappearance of a murderess from the island's fortress-like hospital for the criminally insane.

What’s going to make it good? If my work-load ever allows me to go to the cinema again, this is the first film I’ll see. All the reports I’ve heard on this have been extremely positive, and I feel it’s high time I saw a Scorsese film considering his track record (Taxi Driver, Goodfellas) and his excellent taste in films (one of his most admired filmmakers is Michael Powell, director of the afore-mentioned The Red Shoes).

6. I Love You, Philip Morris 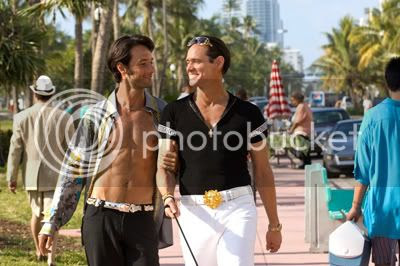 Synopsis: Based on a book by Houston Chronicle crime reporter Steve McVicker, the fact-based film casts Carrey as Steven Russell, a married father whose exploits landed him in the Texas criminal justice system. He fell madly in love with his cellmate, who eventually was set free, which led Russell to escape from Texas prisons four times.

What’s going to make it good? I love you, Jim Carrey. I recently re-watched The Truman Show and saw Eternal Sunshine of the Spotless Mind, and both reinforced my conviction that he is the most skilled ‘comic’ actor in Hollywood today (you are sorely missed, Mr. Chaplin). And, besides that, the trailer had me in stitches. What’s not to like? 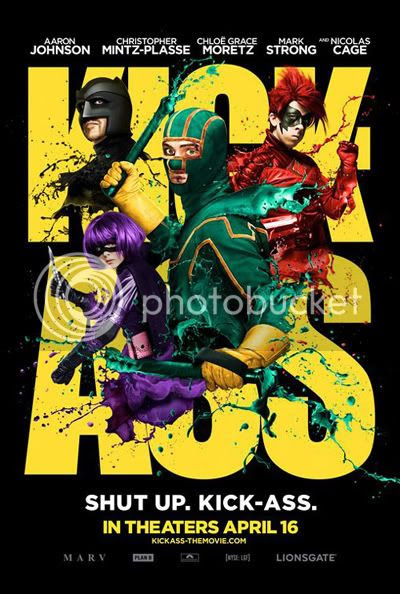 Synopsis: 'Kick-Ass' tells the story of average teenager Dave Lizewski, a comic-book fanboy who decides to take his obsession as inspiration to become a real-life superhero. As any good superhero would, he chooses a new name -- Kick-Ass -- assembles a suit and mask to wear, and gets to work fighting crime. There's only one problem standing in his way: Kick-Ass has absolutely no superpowers.

His life is forever changed as he inspires a subculture of copy cats, meets up with a pair of crazed vigilantes - including an 11-year-old sword-wielding dynamo, Hit Girl and her father, Big Daddy - and forges a friendship with another fledgling superhero, Red Mist. But thanks to the scheming of a local mob boss Frank D'Amico, that new alliance will be put to the test.

What’s going to make it good? Well you see, today films that prompt vitriolic outbursts from the Daily Mail are practically guaranteed to be masterpieces that show-case Tarintino-esque ultra-violence and kids that curse like pimps. Of course, it helps that the screenplay was penned by Jane Goldman, the wife of that Prince of Depravity, Jonathan Ross.

I will see this, even if I have to kick a few asses to get to the cinema. 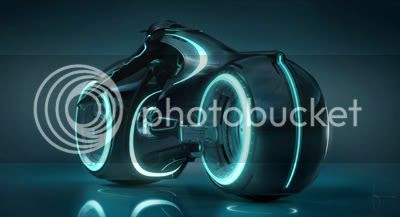 Synopsis: ‘Tron Legacy’ is a 3D high-tech adventure set in a digital world that’s unlike anything ever captured on the big screen. Sam Flynn, the tech-savvy 27-year-old son of Kevin Flynn, looks into his father’s disappearance and finds himself pulled into the same world of fierce programs and gladiatorial games where his father has been living for 25 years. Along with Kevin’s loyal confidant, father and son embark on a life-and-death journey across a visually-stunning cyber universe that has become far more advanced and exceedingly dangerous

What’s going to make it good? Easy answer: the special effects. I’m not easily impressed by technical wizardry but the trailers for this have an element of beauty to them. There’s a streamlined simplicity to the design here that looks incredibly refreshing after the arguably cluttered aesthetics seen in Avatar and Alice in Wonderland; essentially, it will be great to see the technology applied in a fresh way.

3. Harry Potter and the Deathly Hallows: Part I 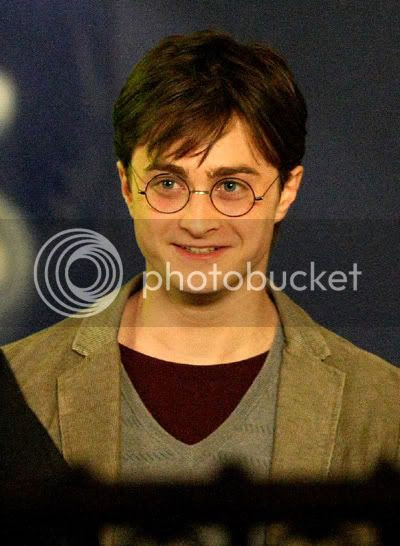 What’s going to make it good? I grew up with Potter. I was one of those kids who would fast simply to read the final five chapters of The Order of the Phoenix without stopping. I will be there out of franchise loyalty, and a need to be reminded exactly what happened in The Deathly Hallows, anyway. 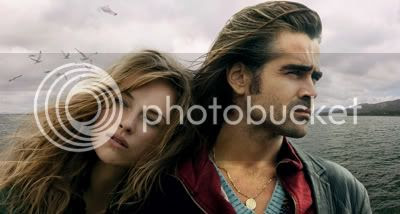 Due: hopefully some time in this decade.

Synopsis: Ondine is a lyrical, modern fairy tale that tells the story of Syracuse, an Irish fisherman whose life is transformed when he catches a beautiful and mysterious woman in his nets. His daughter Annie comes to believe that the woman is a magical creature, while Syracuse falls helplessly in love. However, like all fairy tales, enchantment and darkness go hand in hand.

What’s going to make it good? Neil Jordan. I've recently studied The Company of Wolves, and studying a film can either increase my admiration for it or make me despite it to the point where I would happily burn every copy in existence. Thankfully, Company falls into the former catergory. I've always loved fairy-tales and myths, and this looks like a great take on a classic tale.

Why oh why won't it come to my city NOW? 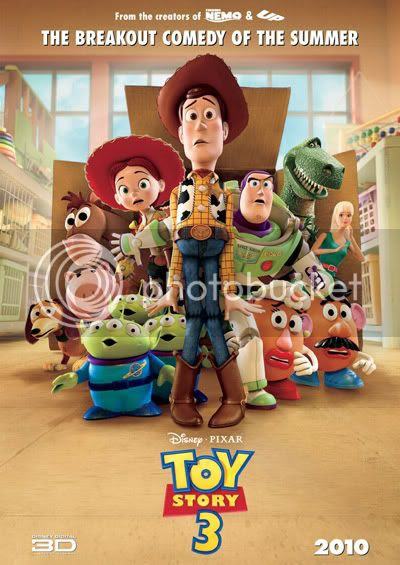 Synopsis: Woody and Buzz had accepted that their owner Andy would grow up someday, but what happens when that day arrives? In the third installment, Andy is preparing to depart for college, leaving his loyal toys troubled about their uncertain future.

What’s going to make it good? It's Pixar. It's a sequel to Toy Story 2. It has a brilliant trailer that shows the origins of the immortal Ken and Barbie love story.

You'd have to be insane NOT to be excited for this.
Posted by Rachael at 16:34